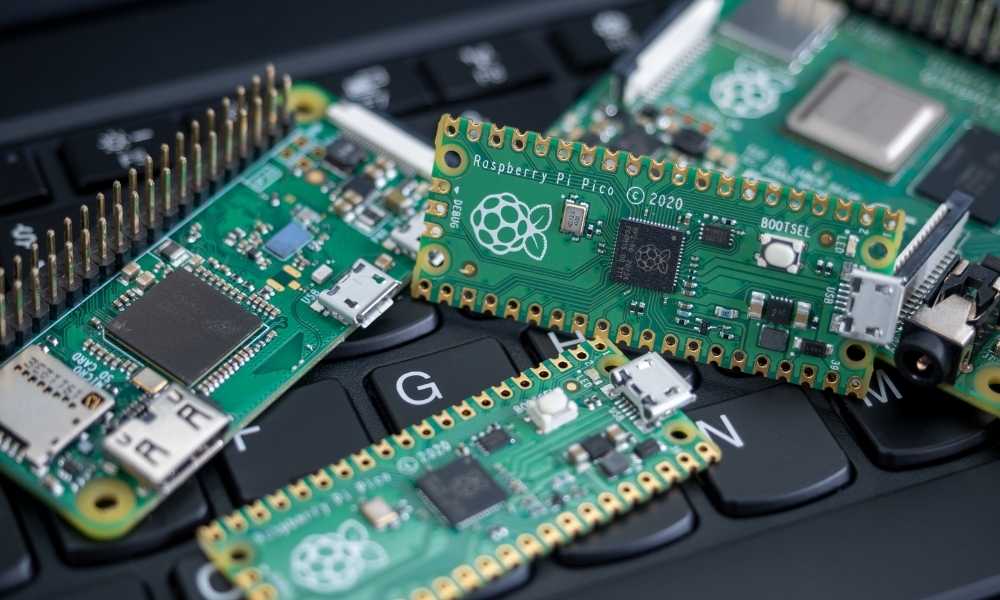 The Raspberry Pi 4 mission is to empower people worldwide with computing capabilities by utilizing low-cost single-board computers to make hardware and software accessible to as many people as possible. It’s a model evocative of the early days of the personal computer, with inexpensive, simple-to-program hardware. These computers inspired an entire generation, and Raspberry Pi hopes to accomplish the same thing today.

The Raspberry Pi 4 series is the most recent generation of devices, with a greatly enhanced processor and up to 8GB of RAM. The Pi 4 retains the same set of 40 GPIO pins for integrating custom or third-party electronics, as well as a pair of micro-HDMI video outputs and a set of USB 2 and USB 3 connectors. USB-C provides power, and connectivity options include 802.11ac Wi-Fi and Gigabit Ethernet. Recently, Raspberry Pi introduced a Power-over-Ethernet (PoE) option, which is great for Internet of Things (IoT) projects in which a Pi can be dumped at the end of an Ethernet wire.

It’s quite simple to get started with a Raspberry Pi. You can get a Raspberry Pi 4 from various suppliers for as little as £33.90 ($35 in the US) for a 2GB model to £73.50 ($75 in the US) for an 8GB model. If you purchase a bare board, you will need to supply a power source and a MicroSD card. Additionally, a micro-HDMI cable, a keyboard, and a mouse are required for setup (unless you intend to remote-control your Pi from a PC). Alternatively, you may get a kit that includes much of what you need to get started, starting at £58 ($68.20 in the US) for a simple starter kit and £116 ($120 in the US) for a more feature-rich desktop kit with keyboard, mouse, and case.

You can use a wireless USB media keyboard with your devices because it includes a trackpad and eliminates the need for cords. Additionally, the Pi 4 supports Bluetooth devices (Bluetooth 5.0 and BLE), providing many keyboards and mice alternatives. Additionally, there is a display and camera port for integrated displays, both of which are meant for do-it-yourself IoT projects.

Working with MicroSD cards has several limitations, but they enable schools and code clubs to quickly create a low-cost collection of images that can be distributed to students and replaced as they fail or are lost. While you can begin with as little as 8GB of storage, 16GB or 32GB is a preferable option in practice, as Raspberry Pi OS automatically resizes its partitions to accommodate all storage sizes.

The initial firmware releases for the Raspberry Pi 4 did not support USB SSD drives instead of depending on MicroSD cards. While they are a cost-effective solution, they are unreliable, and if you do not routinely back up your system, you risk losing data if (not if) the device fails. MicroSD cards are not designed for PC workloads, and their write cycles are easily exceeded.

With the addition of USB boot functionality, you can now create boot images to SSD drives using the PC-based Raspberry Pi 4 Imager. If you have an earlier Raspberry Pi 4, you may need to enable USB-boot support via the console-based configuration tool, but it should be enabled by default on newer hardware.

Performance is enough for most applications, and while you can happily run the majority of software, you should not expect expert performance. The quad-core ARM Cortex A72 SoC runs at 1.5GHz, and an 8GB Pi 4 got a single-core score of 183 and a multi-core score of 576 using Geekbench 5’s beta ARMv7 versions. By comparison, a budget Surface Go scored 357 and 906 points.

You can use two different Raspberry Pi 4 for various purposes. An 8GB machine was used as a low-cost Linux desktop, with a monitor driven by the built-in HDMI and a wireless mouse and keyboard. The other is a headless 2GB PC running an ADS-B receiver on a bespoke Linux distribution, which I use to create and administer an open-source project I maintain. That is possibly the most important feature of Raspberry Pi: its adaptability.

It’s an incredibly capable platform for developing custom hardware and software. The GPIO ports enable you to expand the device’s functionality by adding custom and third-party hardware, commonly referred to as HATs (Hardware Attached on Top). You can begin with the Raspberry Pi’s operating system, Raspberry Pi OS, a customized version of Debian that comes preconfigured with basic programming capabilities and a list of suggested educational and programming resources. There is plenty of material here to get started, but because Raspberry Pi OS is an ARM Linux distribution, you can install whatever ARMv7 binaries you desire. The Pi’s desktop environment has a software installer, or you can use the command line to add new repositories and install the software.

One critical factor to consider, particularly if you intend to use a Linux desktop, is heat. Because the processor on the Pi 4 can become quite hot when loaded, I’d recommend installing a fan or a heatsink enclosure to keep it cool. I eventually placed all of my devices in Argon40’s Argonne cases. These include a software-controlled ventilation fan and a user-configurable power button, and the ability to transfer the HDMI ports to the rear of the chassis via an extender. This simplifies wire management significantly, especially if you’re using both HDMI ports to power two monitors.

The Raspberry Pi 4 will remain the Foundation’s premier single-board computer for at least another year since the Foundation has indicated it would focus on software development for the remainder of 2021. This should allow Raspberry Pi OS to continue maturing, with frequent firmware and Linux OS updates. While the operating system remains 32-bit, you can run alternatives such as Ubuntu that include full 64-bit support, but you’ll want to use an 8GB Pi in this case.

The Raspberry Pi is difficult to beat as an educational and introductory computer. Each subsequent release has added more functions without fundamentally altering the size of the board while maintaining the same interface for 3rd party hardware. As someone who grew up with the 1980s 8- and 16-bit computers, there is a sense of nostalgia associated with this device, but it is also hardware that looks forward, building on its past and hoping to attract more developers and engineers.

If the Sinclair Spectrum and Acorn BBC B were the machines that educated an entire generation, the Raspberry Pi 4 is unmistakably hardware intended to educate the next. If the Raspberry Pi 4 is any indication, it will succeed. It’s the board to get if you’re looking for a minimal PC for programming and IoT projects or if you’re want to teach children the fundamentals of computing — from Minecraft to Python and beyond.