HomeTechnologyThings to know about...
November 29, 2022

Things to know about the ultrasonic thickness gauge 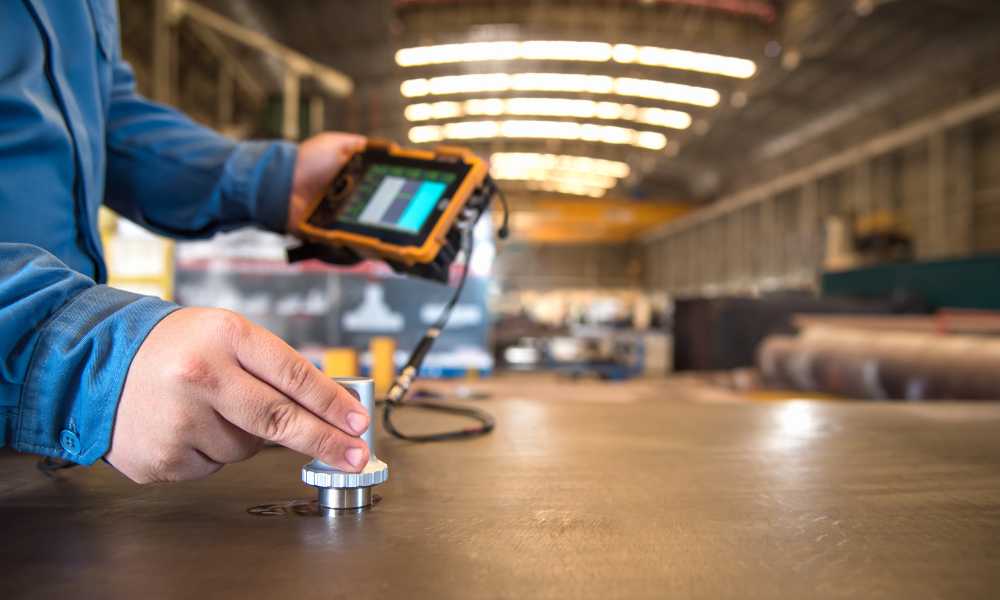 Metal and other materials are measured for thickness using ultrasonic thickness gauge. They can also gauge other qualities, including porosity, elasticity, and hardness.

What you should know about ultrasonic thickness gauges is as follows:

They gauge the separation between two locations on a material using high-frequency sound waves.

The gauge emits a sound wave reflected by an object and then reverberates as an echo. Electronics in the gauge track how long it takes for the echo to return.

A formula provided by the gauge’s manufacturer translates the time it takes for the echo to return into the distance. This provides us with the thickness value we require to act or decide depending on the results of our ultrasonic thickness measurement.

Because they don’t require direct physical touch with the object being measured, ultrasonic thickness gauges are perfect for measuring fragile, soft materials like paper, fabric, and cardboard.

A tool used to gauge material thickness is the ultrasonic thickness gauge. Ultrasonic waves are directed at the material being measured, and the time it takes for the waves to return to the sensor is measured. The thickness of the material is calculated using this time difference.

An ultrasonic thickness gauge can evaluate metal sheets, pipes, rods, and other materials. Numerous other industries, including aerospace, automotive, consumer products, etc., also use it.

How does it function?

The ultrasonic gauge emits ultrasonic waves, timed as they bounce off the measured object and return to the sensor. The object’s thickness is calculated using this time difference. A 10 mm thick item would require an ultrasound wave to travel through it and return in around three milliseconds (ms), as air conducts ultrasonic waves at a speed of roughly 340 meters per second (m/s). Therefore, the distance covered by an ultrasonic wave is determined if it departs a sensor at time t=0 and returns at time t=3 seconds.

A tiny “tissue” probe or “horn” on the transducer head is used to transmit the ultrasonic radiation. The wave is reflected in the transducer head after traveling quickly through the measured material. The thickness of the material is dependent on how long it takes for this reflection to take place. This time is calculated, translated into the distance, and shown on the transducer’s display screen as an image or numeric readout.

Plasticses, wood, ceramics, and metals are a few of the materials that can be measured with ultrasonic thickness gaug. An ultrasound scanner should be used instead of an ultrasonic meter if you need to measure something that isn’t solid or doesn’t have a distinct boundary separating its top surface from its bottom surface (like paper), as they can penetrate materials that are too thick for a standard gauge to measure using its sonic waves alone accurately.

Since the ultrasonic thickness gauge is a non-destructive testing device, the surface of the material being evaluated is unaffected. This tool can be applied to a wide range of materials, including:

There are numerous industries where ultrasonic thickness gauges can be employed, including:

Measure gaps between parts or components in the automotive sector, such as bearing races, bushings, gears, shafts, and flywheels.

In the manufacturing business, measure gaps between parts or components, such as bushings, bearings, gears, and shafts.

Measure gaps between parts or components in the metrology sector, such as bushings and bearings.

In the construction sector, measure gaps between parts or components, such as bushings and bearings.

Sound waves reflected off a surface are measured using an ultrasonic thickness gauge to determine its thickness. The frequency utilized and the material being evaluated affect the penetration’s depth. Start with a known surface profile cut from your fabric beforehand so you can use it as a reference for your measurements to achieve an accurate reading.

Metals, polymers, and liquids like water or oil can all measure their thicknesses using ultrasonic thickness gauges. Press softly against the substance with the probe tip until you see an echo return on the screen. Additional probes can rapidly and efficiently measure a variety of regions with only one tool.

Compared to other gauge types, the ultrasonic thickness gauge has several advantages, such as:

It is quick – Unlike other types of gauges, which may take up to several minutes or even hours, ultrasonic gauge may determine an object’s thickness in only seconds;

It is accurate – When compared to other types of gauges, ultrasonic thickness gauges are incredibly accurate;

It’s non-destructive—Unlike other techniques like electrical resistance testing or laser testing, ultrasonic thickness gauges have no impact on the measured substance.